One of the lessons from the treble damage case noted in yesterday’s blog, Treble Damages for Insurance Company Misconduct in North Carolina and Collapse Coverage Confirmed, is that denial letters from insurance companies should be accurate. They should not be quoting irrelevant policy language. Denial letters should only cite the policy language the insurer is relying upon to deny a claim. By law in most states, the letter should accurately state facts and the applicable policy language for denial.

The policyholder cited in the case won the treble damage award because coverage existed, and the insurer broke the rules mentioned above. The introduction of the policyholder’s motion for summary judgment is pretty close to what the trial and appellate court findings were in the case:

Under well-established North Carolina law, an insurance carrier is prohibited from conducting unfair claim settlement practices with its insureds. Such prohibited acts include, failing to provide a reasonable explanation of the basis in the insurance policy in relation to the facts or applicable law for denial of a claim, misrepresenting pertinent facts or provisions of the insurance policy, and compelling the insured to institute litigation to recover amounts due under the policy. Any one of these acts is a violation of North Carolina’s Unfair and Deceptive Trade Practices Act as a matter of law.

Here, following the collapse of a breezeway at DENC’s student apartment housing complex during a large gathering, Plaintiff promptly filed a claim on its policy with Defendant Philadelphia Insurance Company (‘Defendant’ or ‘Philadelphia’). Thereafter, in a letter from Defendant’s headquarters, Defendant’s Senior Claims Examiner expressly stated that the claim would be paid. Shortly thereafter, in another letter, sent from Philadelphia’s Colorado office, a different insurance adjuster, who did not inspect the property or speak with any witnesses, denied coverage. Remarkably, in his denial letter, Defendant’s Colorado adjuster provided no analysis as to which parts of the policy justified the denial of coverage based on the facts. Instead, Defendant purported to quote numerous coverage exclusions—which in fact were incorrect, did not exist, and/or were not even a part of the policy—and omitted sections of the policy that modified those exclusions to provide coverage. Defendant admitted that it denied coverage based on policy exclusions that did not even apply or were deleted in their entirety by endorsements to the policy. Such acts are wrongful as a matter of law.

…Defendant’s actions are an impermissible attempt to confuse its insured about what language of the policy was operative and obfuscated its contractual obligation to provide coverage for DENC’s claim. Given the policy provided for coverage for the collapse of the breezeway at issue here, and that Defendant’s actions constituted various prohibited insurance settlement practice acts, DENC is entitled to summary judgment on its Chapter 75 claim, declaratory action, and breach of contract claim.

A long time ago, the training by insurance companies was that denial letters should be to the point with applicable policy language and facts. The best denial letters would even recite facts and the policyholder’s position with an explanation about why the insurance company disagreed with the position. These letters exemplify what good faith means.

Most denial letters today are long on policy language that often has nothing to do with the denial or the facts of the case. They often cite only the insurance company’s side of the factual investigation. They rarely respond to the insured’s position but have some catchall sentence, “please respond if you have anything further for us to consider or disagree.” If insurance companies continue to do this in North Carolina, they can expect the same treble damage result. Some states have similar laws, and this case is a roadmap to show how wrongful this common practice has become. Just because we now have computers that can copy and paste does not allow insurers to deceptively copy and paste policy language that the insurer is not relying upon to deny the claim.

Another common scenario found in many property insurance adjustments is when the initial adjuster commits to coverage and partial payment. Then a desk adjuster changes the insurance company’s entire position, and the initial field adjuster is nowhere to be found. The summary judgment brief noted the following:

On January 15, 2018, DENC notified Defendant of the damage to the Breezeway. initiating its insurance claim. On January 16, 2018, Defendant engaged an independent adjuster, who inspected the Breezeway that same day.

On January 25, 2018, Defendant approved coverage for DENC in a letter (the ‘January 25 Letter’) by stating, in pertinent part: ‘We have issued, or will be issuing payment to you, or on your behalf, for damages or injuries sustained under the above claim number.’ The January 25 Letter was signed by Ms. Wilson-Williams, Senior Claims Examiner for Defendant, from Philadelphia’s home office.

Thereafter, Defendant learned that it could not subrogate DENC’s claims because the statute of repose had expired.

On February 19, 2018, DENC received a letter from a different adjuster of Defendant denying coverage for the Claim (the ‘Denial Letter’). The Denial Letter was signed by Mr. John W. Gartling, Senior Property Claim Specialist, located at Defendant’s Colorado office, Mr. Gartling held licenses in Wyoming and New Mexico, but not in North Carolina He did not interview a single witness. He did not talk to any students or find out how many of them were in the Breezeway. In fact, he did not even visit the Crest site.

The Denial Letter did not revoke, reference, or even mention Defendant’s January 25 Letter accepting coverage. Thus DENC had two conflicting letters, one approving coverage and one denying coverage—neither of which has been withdrawn, revoked, or modified to date. (record citations omitted)

The desk adjuster often does not have the full set of facts. It is one of the primary complaints of many company field adjusters today—people without full knowledge are overriding decisions regarding evaluation and coverage. Many poor claims decisions are made from a lack of full information and investigation.

I am including a link to the subject Philadelphia Insurance collapse endorsement. This collapse endorsement is worthy of study for those involved with property insurance claims. The language is now much more frequently encountered and relevant than language that existed before 2000. Much of that older “collapse” case law needs to be analyzed in light of the newer language.

Philadelphia sought approval from various states for a change to its collapse language in 2013. While I cannot be certain, when I see “PI-ULT-142 (08/14)” as the form in the upper right corner, this means to me that it is a Philadelphia form for its “ultimate cover property program,” and the issue date for that company form is August 2014. As a tip to my really nerdy insurance colleagues, there is a wealth of information that can sometimes be found in public documents by just searching a form number.

Thought For The Day By a Philadelphian

Front Porch Railing: Remove It or Repair It?

National Nutrition Month | 4 Ways to Keep to Your Budget 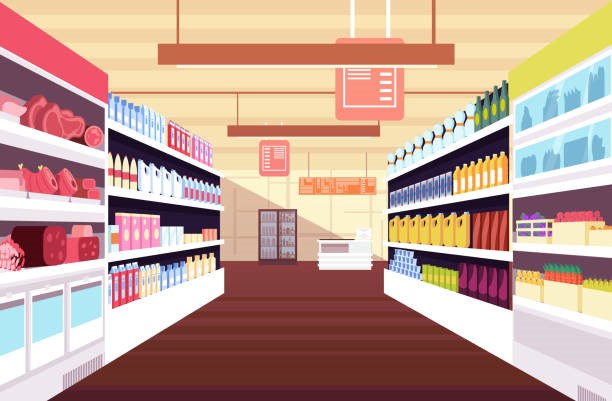 March is National Nutrition Month. There are so many components that go into nutrition, but for the purpose of this blog, we will be focusing on family budget tips to feed your family and yourself.

When visiting the grocery store, you may feel extremely overwhelmed. There are numerous tactics that go into how grocery stores are laid out because they want to entice their customers with impulse purchases. If you are sticking to a budget, you want to make sure to follow the below tips and tricks to stay on track.

CAPIA Conference on Earthquake & Earth Movement on August 25—With an...

What is The Role of The Appraiser In An Insurance Appraisal?...